The coronavirus COVID-19 is spreading around the world, generating a syndrome of universal contagion. Humanity’s system of worldwide interconnection gives us a paradoxical experience: the more connected we are, the more contact can turn into contagion, communication into contamination, influences into infections.

The apocalypse is at hand. Antibodies are triggered, which go crazy and become an immune system against everything we fear, do not recognize, or cannot control. Viruses have long been a feature of our landscape: from the biblical plagues to Manzoni’s descriptions of the bubonic plague in The Betrothed, and on to today’s cyberattacks. The boundaries of the soul narrow with the discovery of our vulnerability.

The pandemic in these cases always ends up being one marked by insecurity and anxiety. The coronavirus seems to have also become today a symptom (and a symbol) of a more general condition of fear that we carry within us. A recent SWG survey has highlighted how much fear Italians feel. What fears? One statistic paints the picture: 72% fear that their children will not have a decent standard of living and 58% fear that they will not be able to raise a family. Fear of the future: this is today the virus of the soul. But you could utter a long litany of fears.

Remembering Benigno Zaccagnini, Italian President Sergio Mattarella recently recalled the need “to offer young people a horizon of ideals, a perspective of values to avoid becoming depleted.” “To wither is the danger one runs,” he said. Fear withers. The first effect of being infected by the virus of fear is the arid soul, in a state of desolation. The first task of a Catholic is, first and foremost, the fight against drying up and withering.

What are the symptoms of the virus? The immune reaction makes us perceive contact with the other, the different, as a risk of contagion. It is taking root in our societies and assumes various forms: a narrow, security-driven outlook that diminishes our rights, our freedom and the rule of law; sovereignty understood as the opposite of a foreign policy based on multilateralism and Europe; hostility toward integration; the political manipulation of Christianity reduced to “civil religion.”

The reasoning: if I want to feel good and be safe, I have to wear a mask and be wary of contact with strangers. “Everywhere, people avoid being touched by what is foreign to them” (Elias Canetti). It applies at the personal level; it applies at the political level. The Facebook algorithm teaches us this: relationships are based on a degree of affinity. Algorithms ensure that we essentially meet those who are like us, similar and compatible.

We live in a bubble filtered by masks that strengthen our identity and make us suspicious of others. This is why we must reject the logic of the algorithm that has shaped the social media “war machines” at work in the nationalist and national sovereignty propaganda of homo homini lupus.

A specific viral form of “fear” is nationalism, which reduces the idea of “nation” to a filtered bubble. Pius XI in 1938 received the ecclesiastical assistants of the Catholic Action movement and made it clear how Catholicism possesses the antibodies to eradicate this virus. He said: “Catholic means universal, not racist, not nationalistic, not separatist. Such ideologies are not Christian, but they end up not even being human.”

Unlike market-imposed globalization, the Catholic vision is universal and places the person and peoples at the center, recognizing the other, the outsider and the different as a brother or sister.

Christians feel that they must take on the expectations, changes and problems of the country. How can we concretely activate antibodies against the virus of the pandemic of fear, anxiety and hatred in our social and political life?

One way out of this is to physically break the bubble of the algorithms that trigger a fear reaction. This was done by the “Sardines” (movimento delle sardine), a series of peaceful protests against the rise of the Right[1], which regardless of any other assessment of their merit,  function as antibodies against hate rhetoric. Their response is physical . Social media is employed to be “social,” that is, to meet. This is a way out: to meet, to do things together, from Erasmus to neighborhood initiatives, to revitalize local communities, the public squares, where today we no longer talk to each other, but we hold rallies.

It is clear that the Sardines, as well as other similar phenomena of the past and present, are interfaces, regardless of the policies they promote, which remain open (and therefore inevitably vague). The physical reaction must therefore become projectual and such as to integrate the emotions and political intelligence. The antiviral reaction must leave room for a rehabilitating, restorative process.

But how to organize Catholic forces within public life? Pope Francis wrote that the lay person, “immersed in the heart of social, public and political life,” needs new forms of organization. And yet “we cannot give general directives in order to organize the People of God within public life” (Letter to Cardinal Marc Ouellet, March 19, 2016).

In Italy we are moving on from the period of the “general directives.” It is a delicate and important process, in which the risk is to swing between two opposing options.

The first is that the life of faith and political responsibility are no longer seen as an inseparable pair. This is a disastrous state of affairs because it disconnects religious sentiment from the construction of the city.

The second option is for the life of faith to be instrumentalized for political consensus. This has a negative impact on the proclamation of the Gospel. The option that reduces Christian symbols to elements of political propaganda is of concern to the Church, which has a direct responsibility for the Gospel proclamation, for education, and building up of the Christian faith. It would usher in a period of “a new Catholic question” (G. Brunelli).

After the period of the “general directives,” today we find ourselves needing to sail between these two rocks to navigate out into the open sea. Precisely in a context such as our crisis of governance and representation, synodality presents itself to the Church as the way forward.

Certainly that synodal dynamic is less governable a priori, because it puts at the center the assembly of real people who participate and represent the Church. But this is, in our opinion, the way to activate the antibodies proper to Catholicism, finding a pastoral response of the Church to the viruses of our democracy.

Francis’ Government: What is the driving force of his pontificate?

Poetry is a Planet of Living Trees: An interview with Ana Varela Tafur 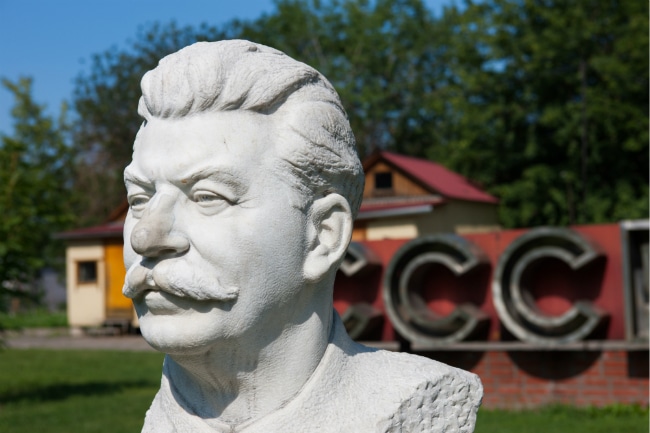 Is Stalinism Alive in Russia?

Christianity in Central Asia: The Jesuit mission in Kyrgyzstan