Diversity and Communion among the First Christians: The genesis of the New Testament 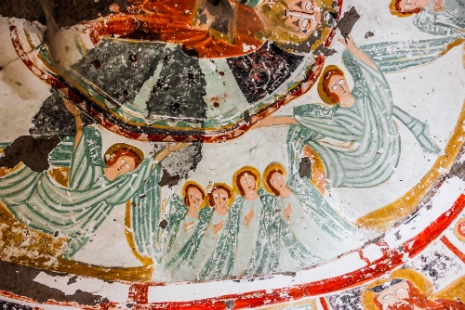 A considerable effort needs to be made to become immersed in the religious world of the first century. It involves dealing with a world very different from today, if only because the term “religion” did not always mean the same thing for people of that time as it does for people now. It was a world in which Christianity was a modest reality. The evangelical parable of the small seed that becomes a large tree is very suitable for describing the beginnings of Christianity. To continue the metaphor, it was a shrub from which many branches rapidly sprouted.

First, a world in which the religious dimension is present everywhere needs to be imagined. There were no clearly defined religions on one hand and autonomous states and political structures on the other. The Roman Empire, like all states of the time, had a strong religious component and worship of the emperor was widespread, especially in the East. The emperor had the power to “cause those who would not worship the image of the beast to be killed” (Rev 13:15). Each nation could keep its religions, but at the same time needed to accept the spread of the Roman Empire’s religious propaganda. This religious dimension of social bonds posed a particular problem for Christians and was at the origin of Rome’s increasingly repressive attitude toward Christianity.

Second, it was a world that was mostly pagan, in which cults with a multiplicity of greater and lesser gods shared city spaces, linguistic areas and peoples. In Alexandria, the Egyptian god Serapis was particularly venerated, and in Ephesus, as the book of the Acts of the Apostles reminds us, the goddess Artemis. When Paul preached in Ephesus, local artisans rebelled because they saw in his preaching a potential threat to their trade in statues, which was linked to a temple that was considered one of the seven wonders of the world: “‘And there is danger that the temple of the great goddess Artemis will be scorned, and she will be deprived of her majesty that brought all Asia and the world to worship her.’ When they heard this, they were enraged and shouted, ‘Great is Artemis of the Ephesians!’” (Acts 19:27-28).

With such a variety of more or less hierarchical polytheisms, every location had its own favorite god. The pagan world was rich, thriving and easily syncretistic. Magic and popular superstitions coexisted with more mystical tendencies in an almost philosophical nature. The Acts of the Apostles portrays this cultural atmosphere in a meaningful way.

Christmas with Ignatius of Loyola