` 'Gaudete et Exsultate', Pope Francis calls on us to 'Rejoice and be Glad' | La Civilta Cattolica
(0)

‘Gaudete et Exsultate’, Pope Francis calls on us to ‘Rejoice and be Glad’

Five years after his election Pope Francis has decided to publish his third apostolic exhortation, titled Gaudete et Exsultate (GE). As the subtitle explicitly states, its theme is “the call to holiness in today’s world.” The pontiff launches a plain, essential message, indicating that what counts, what is the essence of Christian life – to use the terminology of St. Ignatius of Loyola – is to “seek and find God in all things,” following the instruction of his invitation to Jesuits: curet primo Deum.[1] This is the heart of every reform, both personal and ecclesial: put God at the center.

On becoming pope, Cardinal Bergoglio chose the name Francis for this very reason: as pontiff he has embraced the mission of Francis of Assisi: to “rebuild” the Church in the sense of a spiritual reform that has God at its center. He states: “The Lord asks everything of us, and in return he offers us true life, the happiness for which we were created. He wants us to be saints and not to settle for a bland and mediocre existence” (GE 1).

This magisterial text does not seek to be a “treatise on holiness, containing definitions and distinctions helpful for understanding this important subject, or a discussion of the various means of sanctification.” The “modest goal” of the pope “is to repropose the call to holiness in a practical way for our own time, with all its risks, challenges and opportunities” (GE 2). And in this sense he hopes that his “pages will prove helpful by enabling the whole Church to devote herself anew to promoting the desire for holiness” (GE 177). As we shall see, this papal desire has discernment as its beating heart.

Gaudete et Exsultate is composed of five chapters. The starting point is “the call to holiness” made to all. From here we go on to a clear identification of “two subtle enemies” that tend to turn holiness into elitist, intellectual or voluntary forms. Then it gives the Gospel Beatitudes as a positive model of holiness consisting in following the way “in the light of the Master” and not a vague religious ideology. Next it describes some characteristics of holiness in the current world: patience and meekness, humor, courage and fervor, community life and constant prayer. The exhortation concludes with a chapter dedicated to the spiritual life as “combat, vigilance and discernment.”

The document makes for easy reading and has no need of complex explanation. However, in this short guide, as well as presenting the document, I wish to show above all its roots in the pastoral reflections of Bergoglio as a Jesuit, then as bishop, and finally more recently as pope. This way I will also identify its central themes and the clear message that Francis wants to launch in the Church today. What is holiness for Francis? Where does he see it lived? In which forms and contexts? How can it be defined?

The ordinary place of holiness

Holiness has been at the heart of the pontificate of Francis since the beginning. In the interview he gave to La Civiltà Cattolica in August 2013, five months after his election, he spoke about it at length. It is useful to reread a central passage: “I see holiness in the people of God, its daily holiness.” And again, more extensively: “I see holiness in the patience of the people of God: a woman who raises her children, a man who works to bring home the daily bread, the sick, the elderly priests who have many wounds but also a smile for they have served the Lord, the sisters who work so hard and live a hidden holiness. This for me is ordinary holiness. Often I associate holiness with patience: not only patience as hypomoné, taking on the burdens of life events and circumstances, but also as steadfastness in pressing on, day after day. This is the holiness of the Church militant of which St. Ignatius speaks. This was the holiness of my parents: of my father, my mother, my grandma Rosa who was so good to me. In my breviary I have the last will of my grandma Rosa and I read it often: for me it is like a prayer. She is a saint who suffered much, even morally, and she went ahead always with courage.”[2]

In this response we see the tone and meaning of Gaudete et Exsultate, its spiritual climate and its practical application. The pope gave a definition in that interview: “There is a ‘holy middle class,’ which we can all be part of, the holiness Malègue wrote about.” The pope is referring to Joseph Malègue, a French writer dear to Bergoglio. The writer, who was born in 1876 and died in 1940, is quoted in Gaudete et Exsultate concerning the “holiness found in our next-door neighbors, those who, living in our midst, reflect God’s presence” (GE 7). Malègue wrote in his Agostino Meridier: “The old idea that only the soul of the saints is the apt terrain for properly exploring the religious phenomenon appears insufficient to him. Even the most humble souls counted for something, even the ordinary worlds of holiness.”[3]

So holiness needs to be sought out in daily life and among the people near to us, not in ideal, abstract or superhuman models. In a homily at Santa Marta on May 24, 2016, Francis said: “The pathway of holiness is simple. Don’t go back, always go forward. And with strength.”[4] Nor should it be reduced to a “holiness of the dry-cleaners, so clean and nice” (Homily at Santa Marta, October 14, 2013) or a “pretend holiness” (March 5, 2015).[5] We should not look to a perfect life without errors (cf. GE 22), but people whose “lives may not always have been perfect, yet even amid their faults and failings they kept moving forward and proved pleasing to the Lord” (GE 3).

In our interview, Francis spoke of the holiness in his predecessor’s renunciation of the pontificate: “Pope Benedict has made an act of holiness, of greatness, of humility.” Holiness brings together humility and greatness and can be applied to an ordinary laborer, a grandmother or a pope. It is the same holiness. Perhaps Bergoglio also learned this from the pages of Malègue, who also wrote: “As it is Jesus who absolves in confession, as far as holiness is concerned, the soul of the Curé d’Ars and my soul are equidistant from the Infinite.”[6] There is no asymmetry or heavenly distance even between the soul of the ordinary person and those who have attained the honor of the altars.

Holiness of the people

Francis brings us to understand how holiness is not the fruit of isolation: it is lived in the living body of the people of God. In a text published in 1982, Fr. Bergoglio wrote: “We have been created for holiness in a holy body: that of our holy mother Church.”[7] And he succinctly states that holiness “is the visit of God to his body.”[8] In this exhortation he writes: “No one is saved alone, as an isolated individual. Rather, God draws us to himself, taking into account the complex fabric of interpersonal relationships present in a human community. God wanted to enter into the life and history of a people (GE 6).

So we are surround by a “a great cloud of witnesses” who impel us “to advance constantly toward the goal” (GE 3). The pope’s words in Evangelii Gaudium (EG) resound here. There he had written of a “‘mystique’ of living together,” of a “mingling and encounter, of embracing and supporting one another, of stepping into this flood tide which, while chaotic, can become a genuine experience of fraternity, a caravan of solidarity, a sacred pilgrimage” (EG 87, our italics).

This experience of people concerns not only those we have next to us, but is based on a living tradition that includes those who have preceded us.

Here the pope develops an intuition that he had already expressed in the prologue to his second book, written in 1987, titled Reflexiones sobre la Vida Apostolica. In those pages he had written of our ancestors who have preceded us in hope, “generations and generations of men and women, sinners like us.” They “lived the many trials of everyday life, they coped with them and knew how to hand on the torch of hope; and so it has reached us. It is our turn to be fruitful in transmitting it in turn. Most of those men and women did not write history: they simply worked through life and – as they knew they were sinners – they welcomed salvation in hope.” And they have passed on not just a doctrine but above all a testimony and they have done so “with the simplicity with which everyday things are given.”[9]

Once again quoting his beloved French writer, Fr. Bergoglio continued: “We do not know their names, they represent a people of believers, a daily holiness: ‘the ordinary ways of holiness,’ as Malègue was pleased to say. We know nothing of their little stories of days and years, yet their lives have had a flourishing bloom in ours: the fragrance of their holiness has reached us.”[10] Now, 30 years later, we find the same expressions in the apostolic exhortation Gaudete et Exsultate. And they are a testimony to the deep roots that this vision of holiness has in Bergoglio. 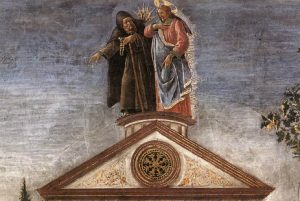 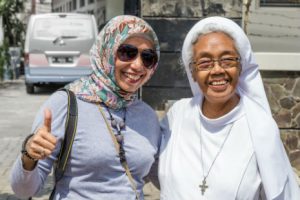 What Future for Christians in Indonesia? 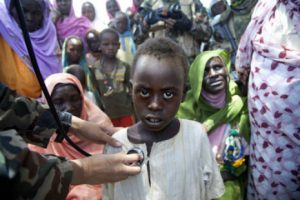 African Migrants: Where to make a home?

Soap Operas, more than entertainment history and development of a cult genre