New Cardinals for the Church

At the end of the Angelus on Sunday, October 25, Pope Francis announced to the faithful gathered in St. Peter’s Square that he would create 13 new cardinals during the Consistory on November 28.

The future of the College of Cardinals

With these appointments – this is the seventh consistory of this pontificate – the cardinal electors created by Pope Francis will be even more in the majority. Currently there are 219 cardinals, of whom 120 have the right to vote in a conclave. The total number of cardinals will be 232, 128 of whom may participate in a conclave.

There will be 53 European cardinals with the right to vote, making it the most represented continent; 24 from Latin and Central America; 18 from Africa; 16 from Asia; 13 from the United States, Canada and Mexico; 4 from Oceania.

In addition to the novelty that each of the cardinals brings with his own personality, in these appointments we can recognize some constants in the direction of Pope Francis’ government and pastoral care. First of all, there are the appointments of those who will work in the central government of the Church, that is, the Roman Curia, such as Maltese bishop Mario Grech, Secretary General of the Synod of Bishops, a body Pope Francis particularly cares about, and the Italian Marcello Semeraro, Prefect of the Congregation for the Causes of Saints.

Other appointments are intended to express the catholicity of the Church, through countries where Catholics are sometimes only a small minority, even if a dynamic one, as in Brunei; or Churches in countries affected by particular difficulties or great tragedies, such as Archbishop Kambanda’s Rwanda, which is still recovering from the genocide of 1994; or Archbishop Celestino Aós Braco, of Santiago de Chile, a country that has been greatly wounded by the scourge of child abuse.

Other appointments reward commitment and work on behalf of marginalized groups or those in need of special protection, for example, Archbishop Silvano M. Tomasi, who was the representative of the Holy See to various UN organizations in Geneva that promote dialogue, multilateralism and the defense of human rights. The same applies to Mexican Bishop, Felipe Arizmendi Esquivel, who was particularly concerned with indigenous cultures. The Archbishop of Siena, Lojudice, has been particularly concerned with migrants and nomads. The Archbishop of Washington, Wilton D. Gregory, is the first African-American cardinal of the United States, a nomination itself full of significance. The Filipino Archbishop José F. Avincula in a certain sense replaces Cardinal Luis Antonio Tagle, who has transferred to Rome as Prefect of the Congregation for the Evangelization of Peoples, so now the only Asian country with a Catholic majority can have a new cardinal.

Three of the new cardinals are not bishops, but simple priests. Two are Franciscans: a Capuchin, Fr. Raniero Cantalamessa, Preacher of the Papal Household; and a Conventual, Friar Mauro Gambetti, Custodian of the Sacred Convent of Assisi, as if to emphasize the importance of the Saint of Assisi in this pontificate. The third is Monsignor Enrico Feroci, long-time director of Rome’s Diocesan Caritas, who is very active in the areas of marginalization.

The significance of a choice

The creation of cardinals has a precise purpose for Francis. In the Consistory of 2015, the pope pointed out that “ ‘Cardinal’ comes from the word ‘cardo,’ a hinge; as such it is not a kind of accessory, a decoration, like an honorary title. Rather, it refers to a pivot, a point of support and movement essential for the life of the community.” Francis therefore has chosen 13 men who are a point of support, but also of movement.

We can see a double direction in these appointments: an institutional one, linked to offices of “pivot and movement,” such as the dicasteries of the Roman Curia; the other a prophetic one, capable of indicating a direction of movement for the universal Church. We note, in particular, some appointments that are not linked to the percentages of Catholics in the relevant country – a criterion of power and representation – but to the dynamism of small ecclesial realities growing as seeds in every part of the world. 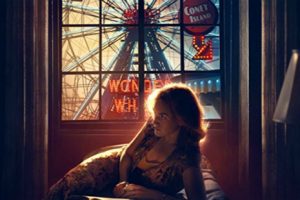 The Doctrine of Tribulation 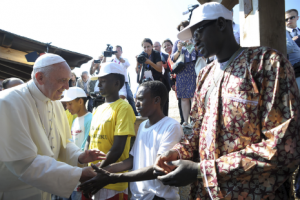 Five Years of Pope Francis: The Path of the Pontificate Gradually Unfolds 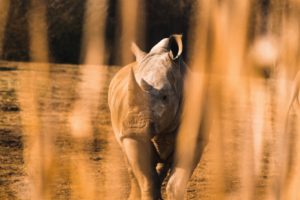 Poaching: a moral issue and a failure of the market

Soap Operas, more than entertainment history and development of a cult genre