Syria and Coronavirus: No Time to Waste 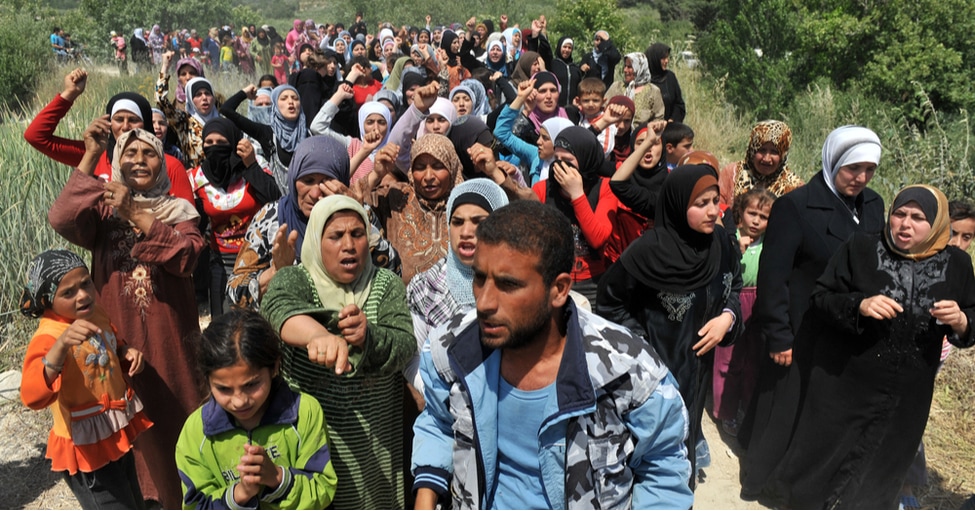 On March 22, 2020, the government in Damascus announced the first case of contagion – a citizen from abroad – and followed up with drastic measures: schools, universities and mosques closed; public sector staff and working hours cut back; tight restrictions on travel; the military draft suspended and parliamentary elections postponed from April 13 to May 20.

The picture is alarming. According to the UNICEF Representative in Syria, Fran Equiza, military action has shut down the Allouk water station in the Kurdish northeast, with enormous health consequences.

Among the most important measures, Damascus announced training courses for burial in accordance with Islamic rite. In a country where the war has caused the violent deaths of more than 400,000 people in nine years (the official death count has long since stopped), people must surely be aware of burial customs. The fear is that this decision implies there are grounds for alarm.

Any Syrian coronavirus emergency, which will have characteristics similar to other countries devastated by very long conflict, will be of exceptional gravity for a dramatic and well-known fact: the destruction of about half of the health facilities and the lack of medical personnel, many of whom have left the country and now are unable to return home.

The late closure of important sanctuaries that are destinations for pilgrimages from abroad may have aggravated the emergency. All this creates alarm: it is very distressing to imagine, for example, the spread of the contagion in the inaccessible and overcrowded Syrian prisons. If Syria “were hit by the virus it would be a catastrophe,” Cardinal Mario Zenari, Apostolic Nuncio, declared to the Sir news agency.

When Pope Francis sent Cardinal Turkson to Damascus with his letter to President Bashar al-Assad, the Vatican Secretary of State, Cardinal Pietro Parolin, in an interview that appeared in L’Osservatore Romano, said while speaking of prisoners generally, that “Pope Francis is also particularly concerned about the situation of political prisoners, to whom humane conditions cannot be denied.

In March 2018 the Independent International Commission of Inquiry on the Syrian Arab Republic published a report on the subject, speaking of tens of thousands of people held arbitrarily. Sometimes in unofficial prisons and in unknown places, they suffer various forms of torture without having any legal assistance or contact with their families. The report notes that many of them unfortunately die in prison, while others are summarily executed.”

Kurdish authorities in northeastern Syria, territory not controlled by Damascus, described the situation to U.S. National Public Radio as follows: “We do not have testing facilities, our borders are all closed and at the moment we do not know who we can turn to.” Then there is the northwest of Syria, the province of Idlib. Its population was one million five hundred thousand people, but has doubled in recent years due to the influx into this northern part of the country of displaced people from other areas of the country reconquered by the Damascus government. Controlled by opponents of the Damascus government and also crowded by numerous jihadist militiamen who arrived after the end of the fighting in other areas of Syria, the province of Idlib was until a few days ago at the center of fierce fighting and carpet bombing that hit almost all health facilities.

The intensity of the attack was such that it displaced at least one million persons, many of whom were displaced for the third or fourth time. Pope Francis referred to their tragic circumstances in his letter to President Assad, on July 22, 2019, during the Angelus of September 2, at the end of the Meeting with Bishops of the Mediterranean in Bari on February 23, 2020, and again at the Angelus of March 8. On this last occasion he restated his anxiety and “pain for this inhuman situation of these helpless people, including many children, whose lives are at risk.” And he continued: “Let us pray for these people, these brothers and sisters of ours, who are suffering so much in northwest Syria, in the city of Idlib.”

The next day the Catholic and Lutheran bishops of the Scandinavian countries signed a declaration together in which the crisis linked to the virus and that of northern Syria are defined as situations that “challenge us as persons and members of the human race. The burdens must be shared and borne jointly. If we fail, we lose our humanity.”

The province of Idlib receives international humanitarian aid through the only two open corridors across the impassable Turkish border. Hedinn Halldorsson of the World Health Organization (WHO) said that “it is only a matter of time before we see confirmed cases of coronavirus in Syria, as we have evidence and confirmation from all neighboring countries and territories.”

The WHO has announced that it is ready to send swabs for the COVID-19 test not only to government areas via Damascus, but also to the northwest via Turkey. Russia has sent medical supplies. Shortly after the announcement of the first coronavirus case, the Embassy of the People’s Republic of China in Damascus formalized the sending of an initial aid kit to the Syrian health authorities and sent at least 2,000 testing devices to the country.

But the immune defenses of a population that has been living in desperation for months, not even having enough tents for everyone, in the mud and without running water, explain why many are saying that not having water to wash children, not even once a week, highlights the delay of the international community in taking initiatives that should have been taken weeks ago. This delay could have very serious consequences.

The WHO Representative in Syria, Dr. Nima Saeed Abid, told the Reuters news agency that “there is a vulnerable population in refugee camps, in urban suburbs, in slums. If we take into account the Chinese or Iranian scenarios we expect to have a large number of cases and we are preparing accordingly.” Time is running out.