The Martyrdom of Fr. Olivier Maire 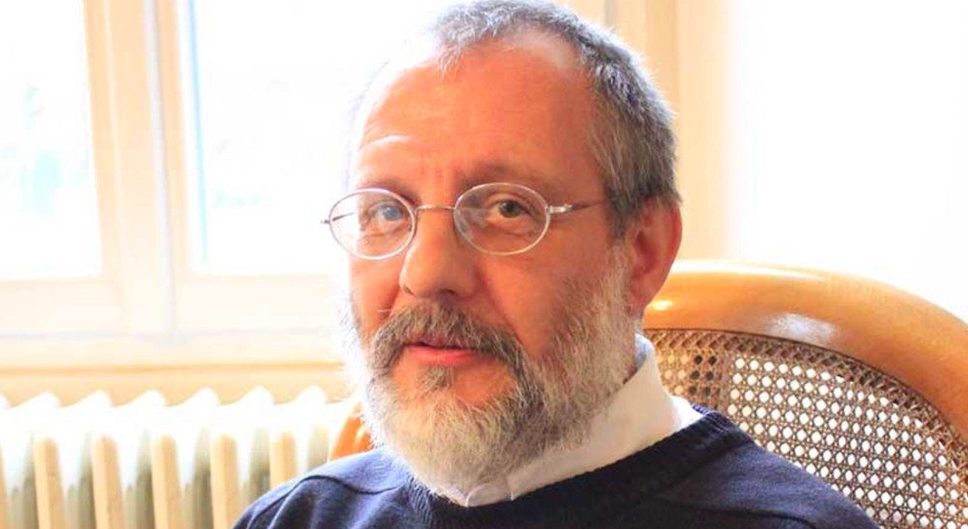 A new link has been added to the chain of murders that is bloodying the Catholic Church, particularly in France. In Saint-Laurent-sur-Sèvre, in Vendée, on August 9, 2021, a religious priest, Fr. Olivier Maire, was killed by a Rwandan asylum seeker, whom he was hosting in his home and whose needy situation he had taken to heart. The victim, 60 years old, was ordained priest in 1990 after studying biology, belonged to the Montfortian Congregation.

Maire was known for his dedication to the underprivileged and for his generosity. A student of theology at the Centre Sèvres in Paris, he had a diploma in psychology from the Gregorian University in Rome.[1] A scholar of the history of the Montfortian missionaries, he had worked on a thesis on the founder of the Congregation, St. Louis-Marie Grignion de Montfort, who had distinguished himself by living with the poor and who demanded that his followers never close  their doors and hearts to the needy.

Sent to Uganda, Fr. Maire was master of novices and took charge of the formation of young priests. He also devoted himself to the prisoners in the youth prison and to those suffering from AIDS.[2] When he returned to Europe, he became assistant to the Superior General of the Montfortians in Rome and, finally, provincial of the Congregation in France, in the Vendée, the symbolic heart of French Catholicism, where Saint-Laurent-sur-Sèvre is considered “the holy city.” In fact, during the French Revolution, seven Montfortian religious had been killed in the house Fr Maire lived in.

On the Sunday before his death Fr. Olivier, who was fond of sacred music, gave an organ recital in the basilica dedicated to the founder.

The murder did not have terrorist roots, nor was it claimed by the Islamists, as had happened in July 2016, when Fr. Jacques Hamel, during the celebration of Mass in the church of Saint-Étienne-du-Rouvray (Seine-Maritime), had his throat slit at the altar to the cry Allah akbar while a companion of the murderer filmed the macabre ritual.[3] Again in October 2020, in the Church of Notre Dame in Nice, two members of the congregation who were praying in silence and the sacristan were killed.[4] One of the women and the sacristan were each parents to two children.

The death of Fr. Maire closely resembles the murder of Fr. Roberto Malgesini, which took place in Como in September 2020, while the religious was preparing to distribute breakfast to migrants who were sleeping under the arcades, waiting to cross the border to Switzerland: he too was killed by a migrant he had helped.[5]

One of his friends

Fr. Maire had given a home to his murderer,  Emmanuel Abayisenga, 40, who had fled Rwanda and arrived in France in 2012. A practicing Catholic, he had won the trust of a priest attached to  Nantes Cathedral, where he became a volunteer sacristan. He was trusted to the extent that the keys of the church were given him. Identified as the person primarily responsible for the burning of the cathedral, he was arrested, and his precarious mental state was immediately apparent.

Before his detention and after his release from prison on probation at the end of May, Father Maire had welcomed him into his community. On June 20, the priest informed the local gendarmerie that Abayisenga had decided to leave to be admitted to the psychiatric hospital. He returned on July 29, once again as a guest of the Montfortian community. The evening before the crime, August 8, he had dinner with the religious community.[6] No one could have imagined what would then  happen.

Remarkably, the  murderer surrendered himself. When he arrived at the gendarmerie, in an obvious state of agitation, he said that Fr. Olivier had been killed, and handed over the key to the room where the priest’s body was. Incredulous, the gendarmes went to the place and unfortunately had to ascertain that it was all true: the priest was lying in a pool of blood, his head smashed from the blows he had received. He had been murdered by Emmanuel.

Before the cathedral fire, two deportation orders had been issued against him, which were not enforced because of appeals made.  Finally , the orders were suspended: the Rwandan could not be deported because he was subject to judicial review pending a court decision as he was the main defendant in the Nantes cathedral fire.[7]

Archbishop Dominique Lebrun of Rouen, the diocese in which Fr. Hamel was killed, wrote that the death of Fr. Maire arouses “sorrow and anger.” Sorrow, for the tragedy of a priest known for his generosity and dedication to the poorest and most disinherited; but also anger at the way the episode was exploited by politicians, especially on the French right. The assassination, said Marine Le Pen, reveals “the failure of the State and of Gérald Darmanin” (the Minister of the Interior). Laurent Wauquiez, president of the Auvergne-Rhône-Alpes region, said: “This man should never have entered France.”[8]

These statements neither defend nor honor the memory of the murdered priest. It is unworthy to make political capital by  taking  advantage of an unjust death.[9] Fr. Maire’s death is instead a testimony to the Gospel values, being that of someone who consecrated his life to those in need, knowing full well the consequences he could face. He preferred to be at the service of an emigrant in difficulty, putting hospitality first and the risks he could run second.

Emmanuel Abayisenga was a foreigner in an irregular situation, psychologically fragile and clearly mentally unbalanced.  Every time his request for political asylum was rejected, his resentment exploded into the most unpredictable behavior, as in the case of Nantes, and this time with the murder of one of the people who helped him most. Probably the extent of his illness and danger to others had not been thoroughly evaluated during his last hospitalization.

What is more important is the admiration that the martyrdom of Fr. Maire arouses. It lengthens the trail of blood that shakes not only the Catholic Church, but every attempt to offer a humane  welcome. It is not a question of Christian naivety or of the disastrous failure of politics, but of the radical nature of a choice for the Gospel and a total commitment to others. The religious showed courage by opening his door to a migrant who asked for help and by his  fidelity to his Christian vocation and his faith. This is what the Gospel requires of every Christian: the unconditional acceptance of others, whoever they may be.