The World of Almodóvar 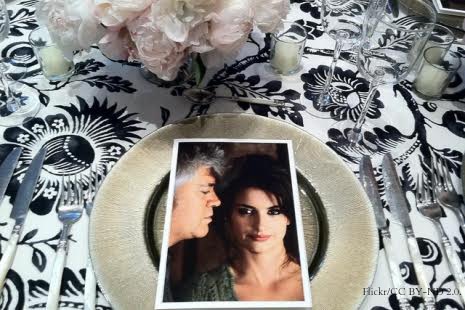 Julieta (Emma Suarez) lives in Madrid with her daughter Antia (Blanca Pares). Both suffer in silence over the loss of Xoan (Daniel Grao), father of Antia and husband of Julieta. But sometimes pain divides people, instead of uniting them. On the day Antia turns eighteen years old, she abandons her mother without giving her any explanation. Julieta starts searching for Antia by all means available, but the only thing she manages to discover is how little she knows about her daughter.

The film Julieta by Pedro Almodovar examines a mother’s fight to survive uncertainty. Little by little, she comes to understand why her daughter decided to erase her from her own life. The film debuted at the Cannes Film Festival 2016 and talks about destiny, about guilt, and about the unfathomable mystery which pushes some to abandon the people they love – to ignore them as if they had never meant anything, as if they had never existed.

The folds of red fabric on which the opening credits appear might recall a stage curtain, ready to be lifted in order to start the dramatic action. But the red fabric, as later shown by a wider image, is that of Julieta’s red dress, behind which beats a mother’s wounded heart.

The second object to appear on–screen is a terracotta sculpture depicting a seated man. Julieta carefully folds protective wrapping around the statuette and places it, together with other objects, into a cardboard box. The year is 2016, and Julieta is packing her bags with the intention of definitively leaving Madrid and moving to Portugal.

The sculpture was made by Ava (Inma Custa), Julieta’s artist friend, who loved to listen, as she molded terracotta statues, to the ancient myths recounted by Julieta, a professor of classical literature.

“The gods created men and other beings with the help of clay and fire…”, says Julieta. It is 1985. The young Julieta is played by Adriana Ugarte, who is some thirty years younger than Emma Suarez. The two women are both splendid, as well as alike, despite the difference in age.

The women’s relationship with the sculpture, in the symbolic language weaving its way through the film’s imagery, is an allusion to the power of women, a theme which is dear to Almodovar. “The woman,” says the director, “not only gives life, but she is stronger in fighting, administering, suffering and enjoying all that life brings with it. Only fate is stronger than her.” 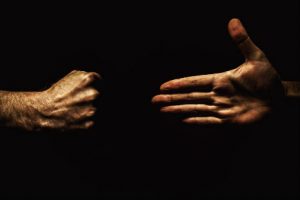 Toward an Economy of Reconciliation: An alternative to liberalism and nationalism

The Option for the ‘Logos’ in the Pontificate of Francis