` The Young Have Reawakened the Synodality of the Church
(0)

The Young Have Reawakened the Synodality of the Church

The Synod of Bishops dedicated to “Young People, the Faith and Vocational Discernment” has ended.

One thing emerged clearly from the working sessions and the entire synodal process that began in January 2017: we must avoid speaking of the Church “and” the youth, for the youth are not an “object” as they might be considered for marketing purposes. To organize a Synod on young people without involving young people would be senseless.

What is the Spirit saying to the Church today through the young people and their seeking and their hopes, their fears and their questions that we sometimes struggle to understand? St. Paul VI had said it: “There is an intimate connection, dear young people, between your faith and your life. For it is in the dissatisfaction that torments you, in your criticism of society … that a ray of light shines” (December 2, 1970).

We all have much to learn from the untamable restlessness of the youth, both inside and outside the Church. The word “restless” resounds in the text of the final document (FD) eight times; with its synonyms it is one of the key words of the entire document.

The true challenge, then, is that of being with young people and accompanying them to help them find and share the right questions, the real, important ones, the fundamental ones, and pose them before a divided world, to the interior emptiness, and to their desire for a full and happy life. And so the Synod in its Letter to Young People asks them to become in turn “companions on the road with the fragile, the poor, those injured by life.” From here, then, the appeal to the youth to work at restoring to the Church that instinct of happiness and fullness that makes her open to the breath of the Spirit.

In a world where adults compete with the young – with their own children, if they have them! – the Synod spoke to us again of a humanity seeking fullness, a humanity that still humbly hopes in the promise of the future. The Church is a canoe, said a Samoan, one of the 36 young synodal auditors present. In a canoe, he explained, the elderly help choose the direction by interpreting the stars, while the young talk with them and row with power. For Francis, the young person is a prophet, but can truly prophesize only by listening to the dreams of those who go before them on the path of life.

An empathic Church. A method emerged strongly: before interpreting or making choices there is a need to listen, there is a need to recognize reality. The first great step of this Synod with young people was that of listening to the many voices that had reached Rome since January 2017 via the constant consultations, the international meetings and the encounters on the digital networks. You cannot listen to young people unless you walk with them (syn-odos, “walk with,” in Greek) along the roads of the world.

In the first week of the encounters, the synodal fathers – all together or in linguistic groups – discussed the reality that is before their own eyes on each of the continents. The experience and the encounter were eye-opening and moving. This, at heart, is one of the particular strengths of the Church: her voice is truly universal. And the challenge of cultural diversity leads us to discover not only our differences, but above all our shared desires.

Hand in hand, young people and pastors from five continents crossed together the entire Church and planet, with all their differences even in their ways of approaching issues. They spoke of the great challenges of the world, of the present and of the future. The Synod faced the novelties of the digital environment, and also the crucial themes like migration and the abusive mentality that needs to be opposed by every means. It spoke of the family and of intergenerational relations, of the body and of the affections, bringing to the fore the “desire for challenge” that animates the young (cf. FD 39). It spoke of work, social difficulties, persecution, social participation, the place of women and homosexuality.

The synodal process was a great antenna that intercepted the messages and desires of the young people; it did so not with the coldness of an analyst, but with the warm eye and restless heart of the disciple. The Synod Aula saw the emergence of the “Empathic Church,” as one bishop described it. And this is reflected in the final document.

The Church, then, has to be a place where “all the questions are gathered; where, in the light of the Gospel, personal quest is righty encouraged” (J.M. Bergoglio, Message to Educational Communities, Buenos Aires, April 21, 2004). Together with the young, the pastors want to proclaim the Gospel not as an institution that always provides “a ready-made answer” – as the pontiff stated in a tweet sent during the synod – but as the Word who asks questions and enflames hearts.

The centrality of the conscience. In this sense the strong valorization of the conscience needs to be considered (cf. FD 106-109). In particular, the Synod recognized the importance of spiritual discernment, which is presented as “the sincere task of conscience, in one’s own commitment to know the possible good on the basis of which to decide responsibly on the correct exercise of practical reason, within and in light of a personal relationship with the Lord Jesus” (FD 109).

These well-pondered words valorize the personal liberty of each person in the light of their own relationship with the Lord and their own capacity to know the good. It can be applied in various situations, with attention to helping people, all people, “to read their own story; to adhere freely and responsibly to their baptismal calling; to recognize the desire to belong and contribute to community life; to discern the best ways to realize it” (FD 150).

A Synod on the synodal form of the Church. It was not just a thematic synod looking at one topic, namely “the youth.” Rather, the intuition of Francis was to choose a theme that would put into movement new dynamics, calling together young bishops from all over the world. Obviously, many episcopal conferences elected young bishops, or those who work directly with young people.

And so, after a month of daily meetings, something became clear: this was a Synod on the Church, on its mission, on its style of accompanying and discerning (cf. FD 91-113), directly connected with the lesson of the Second Vatican Council, from Gaudium et Spes to Lumen Gentium. The young people have reawakened the synodality of the Church (cf. FD 121). They helped the Church rediscover it. Only they could do so. The synodal fathers noted how the collegiality that unites the bishops among themselves and with the pope is articulated and enriched by the effective practice (and not just by statements of theory) of a “synodality at all levels” (FD 119) that engaged the young. The young, in fact, for a good two years had participated actively in the synodal workings and reflection (cf. A. Spadaro – C. Galli, “The Synodal Church,” in laciviltacattolica.com).

Reflecting with young people on “Young People, the Faith and Vocational Discernment” helped bring to light the synodal form of the Church, which is “participative and co-responsible” (FD 123). The Synod defined the Church as a “space for dialogue and witness of fraternity” (FD 1). And synodality has to be incarnated in the reality of the dioceses, into local situations, as was often repeated in the Aula. The appeal for the role of women in this process was heard loudly (cf. FD 148).

The final document is a “map to set out the next steps that the Church is called to take” (FD 3). In summary, the Synod “with” the young people turned out to be a Synod on the Church, the faithful people of God on the path of history in the world. And it indicated a clear path for its reform (cf. FD 118). 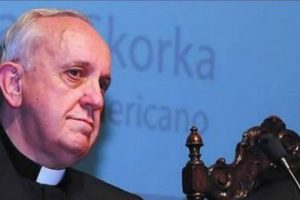 Ten Years on from Aparecida: The source of Francis’ pontificate

Is there Hope for the Future without Religion?

The Young Have Reawakened the Synodality of the Church

The Tyrannical King and Poor Naboth: A never-ending story