Church Numbers in the World

The vitality of the Church and, above all, the faith that animates her pastors and her faithful cannot be measured by numbers and statistics. Only God knows the mysterious and unique relationship that unites him to people who profess themselves Catholic. This is what constitutes the essence of the faith.

Yet the Church, like every visible human reality, cannot live outside the dimensions of space and time and should not refrain measuring her own quantitative dimensions in some way, without expecting them to convey more than they can offer. For this reason the Central Office of Statistics of the Church has edited the Pontifical Yearbook 2020 and the Annuarium Statisticum Ecclesiae 2018.

First, we report some statistics that help to form an idea of the changes that have occurred in the dimensions of the Church itself and its members. The comparisons were made between 2013 and 2018, that is, for the first 5 years of the pontificate of Pope Francis.

In terms of new structures, we see, as of 2019, 4 bishoprics, 1 eparchy, 2 territorial prelatures, 1 apostolic exarchate and 1 area of apostolic administration.

The number of bishops in the world has increased from 5,173 to 5,377 (3.9 percent). The biggest increases (more than 4 percent) were in Oceania, the Americas, Asia and Europe, while in Africa they increased 1.4 percent.

With regard to baptized Catholics, between 2013 and 2018 there has been a reduction in the relative numbers in European and North American countries and an increase in all other geographical areas. Catholics in the world in those years increased by almost 6 percent, from 1.254 billion to 1.329 billion, an increase of 75 million. At the end of 2018 Catholics made up just under 18 percent of the world population. This percentage has remained almost unchanged over the years surveyed. To be more precise, the highest percentage is found in the Americas, with 63.7 Catholics per 100 inhabitants, followed by Europe with 39.7 Catholics per 100 inhabitants, Oceania with 26.3 and Africa with 19.4. The lowest incidence is that of Asia (3.3 Catholics per 100 inhabitants), due to the significant number of non-Christian believers on this continent.

The distribution of Catholics among the various continents differs greatly from that of the population. In the Americas, for example, the population continues to be around 13.5 percent of the world total, while the number of Catholics has decreased by one percentage point, dropping to 48.3 percent of the world’s Catholic population. The number of Catholics in Asia has grown slightly – from 10.9 to 11.1 percent – but is much lower than the continent’s population (about 60 percent in 2018). Europe yields a population count 4 points lower than that of the Americas (9.6 percent), but its percentage in the Catholic world is lower than that of American countries (21.5 compared to 48.3 percent).

The number of priests decreased by 0.3 percent during this five year period, confirming a trend already underway. Between 2013 and 2018, priestly numbers increased by 1,400 in the first two years, and then decreased in the following three years. At the end of 2017, there were 414,582 priests. Encouragingly, they increased in Africa (+14.3 percent) and Asia (+11 percent). In America they remained constant (about 123,000). They decreased in Europe (-7 percent) and Oceania (-1 percent). The distribution of priests in the various continents sees a prevalence of European priests (41.3 percent), whose numbers have decreased greatly in the last three years, followed by American priests. The Asian clergy make up 16.5 percent of the total, the African clergy 11.5 percent and that of Oceania 1.1 percent .

On the other hand, the number of professed non-priest religious has continued to decrease over the years, and from 2013 to 2018 it decreased by almost 8 percent, from 55,000 to less than 51,000. The exceptions are Africa and Asia, where there has been a certain increase.

With regard to the major seminarians there is also a tendency toward a slow decrease. Candidates for the priesthood in the world decreased by 2 percent in the period considered, from 118,251 in 2013 to 115,880 in 2018, with strong decreases in Europe (-15.6 percent) and The Americas (-9.4 percent). The continent that shows an encouraging opposite trend is Africa (+15.6 percent).

The drop in the number of professed nuns is cause for concern. They have decreased by 7.5 percent in the 5 years considered. The total number has decreased from 694,000 in 2013 to less than 642,000 in 2018. The decline concerns Europe, Oceania and The Americas, with decreases between -15 percent and -12 percent. On the other hand, there were increases of +9 percent in Africa and +2.6 percent in Asia, so that the relative percentages of European and American religious decreased in the total numbers.

We have limited ourselves to a few numerical data, from which, however, we can conclude as to some trend lines.

The number of bishops is increasing, both because of the desire to make the Church more Catholic, that is, universal, by creating official structures in every corner of the world, and to make their bishops closer to the faithful.

With the exception of Africa – whose Catholicism is younger and more dynamic – and Asia, the number of priests and nuns is constantly decreasing in the regions of “old” Christianity. These are, among other things, the ever more secularized continents, such as Europe and North America, where the number of practicing faithful is decreasing, and so there are fewer vocations. In any case, from the point of view of pastoral activity there is a clear shift toward Africa and Asia as the Church’s increasingly vibrant “new” lands.

The rapid growth in the number of permanent deacons could be an indicator of the direction in which to seek new pastoral leaders. For some time now there has been lively discussion about the causes of the crisis in religious life. One element giving rise to reflection concerns the need to assign new responsibilities in the Church to women religious, whose enormous and vital contribution is not matched by suitable representation in the Church’s core structures. There will, however, always be vocations to an alternative form of religious commitment, such as the cloistered life. 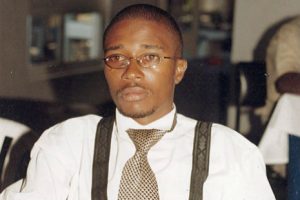 The Apostolic Journey of Pope Francis to Thailand and Japan

‘Humana Communitas’ Human life in the drama of relationships 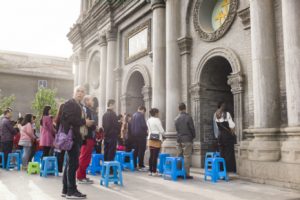 Aggiornamento of the Chinese Catholic Church