The Crisis in Burundi 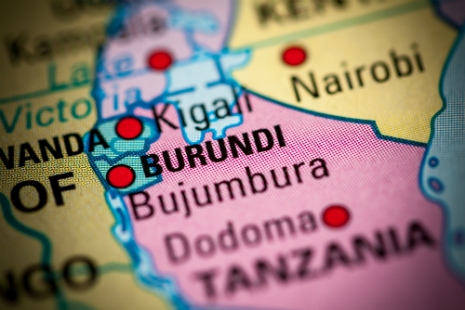 It is two years now since Burundi plunged into yet another political crisis. It was sparked when the ruling party – Conseil National pour la Défense de la Démocratie–Forces pour la Défense de la Démocratie (CNDD-FDD) – re-nominated the incumbent president, Pierre Nkurunziza, as its candidate for the presidential elections in 2015. He was already completing the second of two terms.

Demonstrators came out on the streets contesting the nomination following that April 25, 2015, announcement. The government responded by ordering the police to disperse protesters, causing injuries and deaths. More than 250,000 fled to neighboring countries; countless people were internally displaced, and there were other extensive and grave human rights violations.[1] Since then there have been many initiatives to resolve the crisis but with no tangible results.

Conflict in interpretation as origin of the crisis

Which factor gave rise to this situation? Since the independence period in the 1960s, the political history of Burundi has been marked by a series of crises that started with the assassination of the hero of independence, Prince Louis Rwagasore and degenerated into ethnic tensions between the two main social groups, Hutu and Tutsi. These tensions have produced political and social clashes and occasionally resulted in massacres and even genocide.

It was in order to deal with this painful history that negotiations took place in Arusha in Tanzania in 1998. Under the leadership of Nelson Mandela, the negotiations produced the Arusha Agreement that was signed by all political actors in 2000, except the armed rebel movements such as CNDD-FDD and the Force Nationale de Libération (FNL). However, when the latter signed a ceasefire (in 2003 and 2008 respectively) they also acceded to the Arusha Agreement. That Agreement generated the current constitution of Burundi, which was drafted and adopted by referendum in 2005.

With a new constitution, Burundi held its first democratic elections since 1993 when newly-elected president, Melchior Ndadaye was  killed after only three months in office and civil war erupted.

Against Triumphalism and Spiritual Worldliness

Ignatius and His Reading at Loyola

‘The Logic of the Inexplicable’: Pope Francis in conversation with the Jesuits of Greece